Skip to content
Meet our Tutors
in West Surrey

Samantha has been the Principal of Little Voices West Surrey since its launch in 2015 and has experience both as a Professional Singer/Actress (Disney) and as a trainer of Public Speaking (The Speakers Trust). Over the years she has studied with a variety of top Vocal Coaches both in the UK and abroad and she is constantly updating her knowledge of vocal technique. She was the Head of Singing for the largest global branch of an established theatre school franchise for the last 8 years as well as teaching both in Surrey Schools (through Surrey Arts) and for private students. Samantha holds a BA (Hons) in Performing Arts and an IVA Teaching Certification in Vocal Instruction. 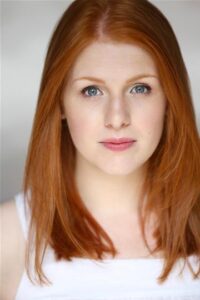 Emma is the lead tutor and lesson co-ordinator at Little Voices Guildford and is a Musical Theatre graduate from The Royal Conservatoire of Scotland. She previously completed a foundation in Musical Theatre at Guildford School of Acting.

Her roles while training include Dance Captain/Ensemble in Spring Awakening, Jean in London Road, Ensemble in Chess and her favourite role of Violet Hilton in Side Show. Her most recent professional credit is Maid Marion in Robin Hood for Image Musical Theatre.

Alongside acting Emma has a passion for teaching and loves using her skills to create really fun lessons that challenge students’ creativity and build confidence. She has spent many years working for many established theatre schools as well as freelancing as a private singing teacher for children aged 5-18. She can’t wait to sing and act with you all! 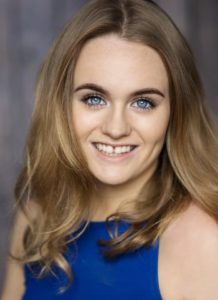 Alisha is the singing tutor at our Brookwood centre. Alisha originally from Bolton, Lancashire and graduated from Performance Preparation Academy (PPA), Guildford last July with a 3 year diploma in Musical Theatre. She has performed since she was a young child and taken many LAMDA exams herself which is why she loves to help and guide at Little Voices. She feels she is now passing on her knowledge and watching them grow. 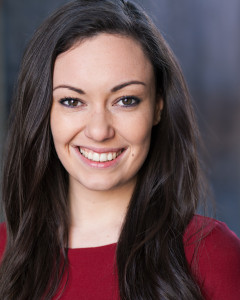 Kelsey Morgan-Brazier is the brilliant drama teacher at Ash Grange School as well as the Director of our Theatre Weeks in Guildford. Kelsey brings a wealth of knowledge and experience to Little Voices West Surrey from both her professional training and her extensive teaching career which has seen her teach drama to children 4-18 at many established theatre schools in and around Surrey.

Kelsey is a huge asset to Little Voices Guildford because she is so passionate about getting the very best from our pupils and making sure they reach their full potential. She is also an excellent director and has directed productions of “Rent”, “Mamma Mia” “We Will Rock You” “Annie” “Legally Blonde” “Fame” and “High School Musical”. Kelsey trained at The Performance Preparation Academy, Guildford and she holds a Professional Diploma in Musical Theatre. She is delighted to be teaching at Little Voices West Surrey and is looking forward to starting a fun filled term! 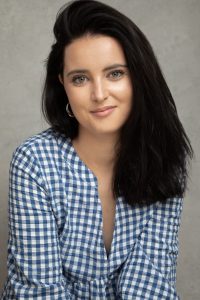 Joely graduated from PPA in 2018, having trained for 3 years in professional musical theatre. Whilst training Joely took part in a number of professional shows including the role of Judy Bernly in Dolly Parton’s musical: 9 To 5. She has experience in LAMDA examinations while also representing her college at MOVE IT. Joely has been a teacher at PPA Kids every Saturday for  3 years teaching singing, musical theatre and dance and has been teaching for Little Voices since 2017. 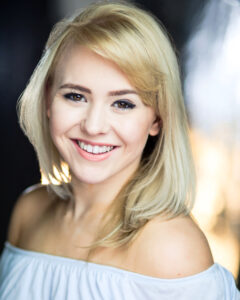 Credits include: Aladdin (Millfield Theatre); Lead Vocalist in Magic of the Musicals (Spa Pavillion Theatre) and Pas De Deux/Dance Captain in Till The Dawn for London Cabaret Club; Ensemble/SWING/Understudy Chicago (Bathway Theatre) She Loves me (Bathway Theatre); Beauty and the Beast (Bathway Theatre); lead production vocalist for AIDA Cruises; ALICE the cast of Dick Whittington Lighthouse Poole Last; Currently her voice is being used on Celebrity Cruises as a recording artist and also on Little Radio and BBC kids podcast. Most recently, Jessica performed as Sleeping Beauty in the cast of Happy Ever After at Lighthouse Poole, which was one of the last standing panto’s during 2020 Pandemic.

Jessica comes to us with a wealth of teaching experience, is very excited to be joining the team at Little Voices and can’t wait to get working with all the talented pupils at St Andrews. 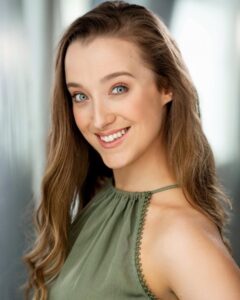 Anna trained at the Performance Preparation Academy in Guildford and achieved a first class BA Hons, having previously trained at Arts Educational Schools London and with the National Youth Music Theatre.

Anna thoroughly enjoys working with young people and is so excited to be able to help the pupils at Little Voices with their journey into the world of the performing arts.

All our tutors are subject to enhanced DBS checks, and are fully insured. Lead tutors all hold Paediatric First Aid, Fire Marshall and Safeguarding qualifications.