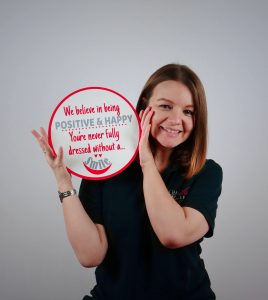 Hello! My name is Jemma and I am the Principal of Little Voices in Brentford East and Ealing. I have been teaching for 9 years after receiving a BA Hons in Music and a Postgraduate Certificate in Education. I am a trained classical and musical theatre singer, pianist, producer and songwriter.

Over the past 9 years I have been Head of Year, Head of Music and Head of Vocational Subjects- at one point all at the same time!I am a Specialist Leader of Educationwhich involves training trainee teachers and coaching teachers about how to help pupils develop important life skills through the curriculum.

I believe so much in the importanceof teaching the Arts in education to help develop transferable skills. I have produced and choreographed many shows including Hairsprayand Into the Woods. One of the biggest projects I have accomplished is organising an Arts Weekfor 15 different schools across England! Performing Arts was such a big part of my childhood. I performed in musicals, sang in choirs and went on tour with a Concert Band around the South of France.

All of the memories and the experience I had growing up has given me the passion to provide other children with the same opportunities.

Kathleen Anne Greene graduated at the London College of Music with a BMus (First Class Honours) in 2015 under the tutelage of Sandra Ford. During her studies at the LCM, she was awarded the prestigious Dr William Barry Trust Fund scholarship.

Kathleen made her public stage debut in 2009 as Johanna in the Hong Kong Youth Arts Foundation’s production of Sondheim’s Sweeney Todd. She has appeared as Amore (Orfeo ed Euridice, Gluck) and Fire/Nightingale (L’enfant et les sortilèges, Ravel) at the LCM, and Nancy (Oliver!, Bart) with RCHK.

Operatic roles include 1st Boy (The Magic Flute, Mozart) with Hampstead Garden Opera, and 2nd Witch (Dido and Aeneas, Gluck) with Helios Collective and Chorus for Collision, a new opera by Lewis Coenen-Rowe.

In 2017, Kathleen had the privilege to sing at Wembley Stadium prior to the Ladbrokes Challenge Cup Final in front of nearly 70,000 fans. She has also placed 1st in both the Lieder and French Song classes at the Ealing Music Festival (2016), and was also a finalist in the AESS’ Courtney Kenny Award (2016). In previous years, she has won the Michael James Singers’ Prize for Oratorio, was awarded Highly Commended in the John Ireland Competition, and placed both 1st and 2nd in the Hong Kong Music and Speech Festival’s competition for Vocal Solo.

During the summer of 2016, she participated in the National Opera Studios’ Intro to Opera Short Course. In 2015, she has participated in workshops by Sally Burgess as well as the British Youth Opera. 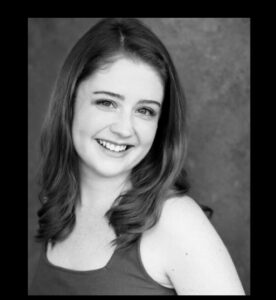 Chloe grew up performing in musicals in her home city of Perth, Western Australia. When she graduated from school she moved to Melbourne to study at Federation University Arts Academy. While studying she was a part of several productions, including playing the lead roles of Kim in Bye Bye Birdie and Johanna in Sweeney Todd.

While studying Chloe worked as a Children’s Entertainer, which is where she discovered her love of working with children. After graduating with her Bachelor of Musical Theatre (First Class Honours), Chloe found out she had been accepted into the prestigious Masters of Musical Theatre course at The Royal Welsh College of Music and Drama, and she began her next adventure as she moved to the other side of the world.

Whilst in Cardiff Chloe was Dance Captain, as well as playing the role of Jenny, in their production of Company. She was also part of the cast of the UK premiere of The Hunchback of Notre Dame.

Chloe graduated with her Masters and the Prudence Emlyn-Jones Award for Dance in 2019 which is when she packed up her life again and started her dream of living in London. In London Chloe began teaching children and loves that she can share her love of singing and drama with the next generation of performers. 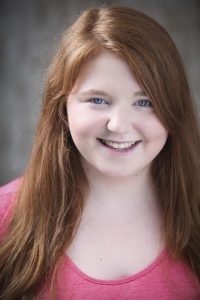 At drama school, Carys played a variety of contrasting roles in plays, films and musical theatre including Madame Desmortes in Ring Round the Moon, Vernon’s Mom in Vernon God Little and the “Not-You” Chorus Girl/Shirley Markowitz/Judge Maxwell in The Producers.

Since graduating, Carys has been fortunate enough to work as an actor/singer, having toured Ireland with Pentabus Theatre Company and worked with the UK’s leading children’s theatre, Polka Theatre. She also has just wrapped another project and made her professional screen debut, keep eyes peeled for more information!