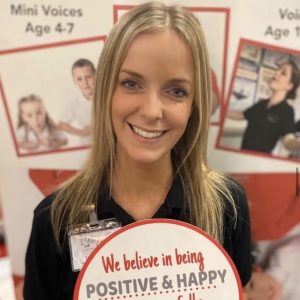 Hi, My name is Laura and I am the principal of Little Voices Bolton & Bury. I took over my centres in 2020 and what a challenging but wonderful start it has been! Being a primary teacher of 11 years with a specialism in drama and music I know all too well how important performing arts is in a very tight and busy curriculum. Being able to help develop a child’s confidence and love of musical theatre is a dream come true! Outside of teaching, I am represented by a fantastic acting agency and have taken part in many theatre shows and film productions. I love stepping into an acting role and I also get to share this passion of musical theatre with the next generation! Lessons are not only tons of fun but we also get to develop children’s talents, confidence and life skills. I have a wonderful team of tutors who I work alongside to make our centres as incredible as they are. Meet my amazing team below… 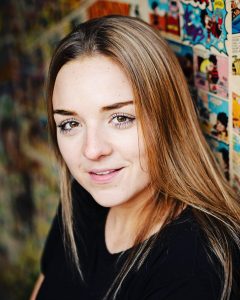 Haylie began acting at the age of 11 when she landed a major role in a BBC comedy. She has since worked with companies such as ITV and the National Youth Theatre. Haylie has trained at a number of drama schools, including the Manchester School of Acting and First Take School of Acting. She believes it is so important for her as a tutor to be continuously learning from the best in the industry, so then she can pass this knowledge on to our Little Voices pupils! Besides acting, Haylie holds a degree in British Sign Language and Deaf Studies and has much knowledge and experience of working with d/Deaf children and children with special educational needs. She is such an engaging tutor whom the pupils admire- as do we! 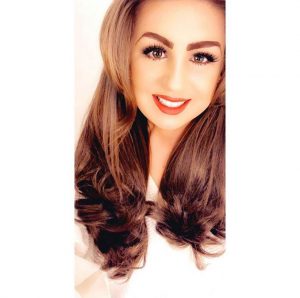 Emily studied a BA Hons in Acting and graduated with a first class degree in 2013. She moved on to complete her PGCE in Further Education back in 2016 and is now a full time Teacher of Technology and loves her job! She has been an LV tutor for 7 years now! Her passion for the arts has been with her from a very young age and she has appeared on London’s West End stage back in 2013. Her vocal training and expertise are impeccable and her enthusiasm is boundless.

Holly is a singer-songwriter and performer with a BA Hons in Commercial Music. Holly has performed at Glastonbury, and regularly plays Weddings and bars as well as being a Resident Holiday Park performer.
Holly has released original songs online, which have been featured on BBC introducing and has been sharing her musical passion since 17 when she first started teaching. Holly has also worked as a primary school music teacher and worked in schools with special educational needs. Holly brings inspiration, excitement and joy to her pupils at Little Voices every week and we are so lucky to have her! 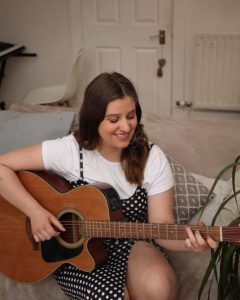