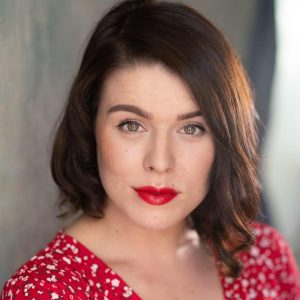 Lisa Michelle Pugh is a trained actress who found a passion for acting aged 11 and since then she has been following her dreams of becoming a professional actress. Her training in Newport Film School taught her lessons on Stanislavski, Stella Adler and Sandford Meisner and this training alongside two years in musical theatre has given her the experience and knowledge to work on various different and challenging projects. Lisa has worked on the stage and taken on such roles as Nancy in Oliver Twist and Puck in A Midsummer Night’s Dream to being cast as Lou in a ITV Wales production called In the Name of the Children. Lisa studied at Act Up North in Manchester for two years and was picked for a series of short films.

Lisa started teaching in 2015 with TV talent; she was able to apply her skills and knowledge in her classes and teach children confidence and acting skills that they could take on with them in the future.

As Lisa started her classes at 11 she is very keen to help the youth of today to follow their dreams and bring out their creative side when teaching at Little Voices.

Some of Lisa’s work can be viewed below. 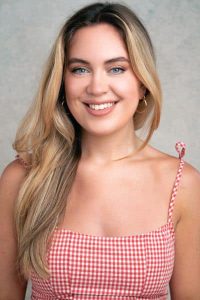 Tara Greene is a singer, actor, writer and vocal coach from Ireland. Having worked in the industry as a child she followed her passion right into adulthood. She is passionate about young people and their role within the performing arts community.  Tara graduated from Queens, University Belfast in 2018 and continued her training with London college of music and numerous theatre companies in Ireland. Before moving to London post pandemic, Tara worked full time as a singer and actor. She had the opportunity to perform on all of Northern Ireland’s great stages, whilst running her own singing school, teaching over 50 plus pupils a week. Tara has been in London for a little over a year and is so excited to meet children and performers all over London. She is especially excited to work alongside Lisa, Kat and the amazing kids at Little Voices Hackney. 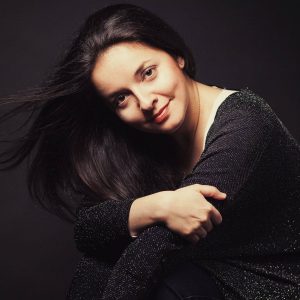 Kat Perdikomati is a pianist with training at the National Conservatoire in Athens where she graduated from with distinction (in Maria Kanatsouli’s class). Kat has completed a Masters’ in Piano Performance at Goldsmiths (University of London) under Andrew Zolinsky’s tutelage. During his studies at Goldsmiths’, she was supported by Goldsmith College’s International Student Fund and received further sponsorship via the P. and M. Lovell Trust.

In the summer of 2016, Kat was shortlisted for the London Philharmonic Orchestra’s prestigious Future Firsts development scheme as orchestral pianist. During 2012/2013,  she made her debut at Southbank Centre’s Purcell Roomperforming John White’s Piano Sonata (arr. Ian Gardiner) with Goldsmiths University’s  Contemporary Music Ensemble. Kat was has taken part in masterclasses given by Andrei Gavrilov, Dmitri Alexeev, France Clidat, Artur Pizzarro and Stephen Kovacevich at Dartington Summer School with a bursary provided by Dartington Hall Trust. She has also received coaching from Leslie Howard and Julian Jacobson and is currently studying with Alicja’s Fiderkiewicz.

In addition, Kat has performed  at London Fashion Week (for Erdem’s catwalk show) and had her songs broadcast on BBC (Radio 3 and World Service). In the summer of 2014 she performed at LSO St Luke’s as part of the Soundhub series.

Kat is a member of the European Piano Teachers’ Association (EPTA), Musicians’ Union and ISM; she remains committed to enhancing her teaching portfolio by frequently participating in conferences, seminars and workshops on music education and teaching methodologies.  Kat has a proven track record of 100% success in ABRSM graded piano exams with the majority of her students achieving merits and distinctions; she is also the founder and director of East London Piano – www.eastlondonpiano.co.uk .

Watch Kat perform in the videos below the Map.