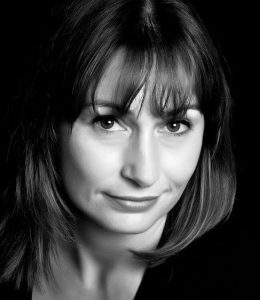 Music educator for 30yrs. Former students have gone on to success at institutes including Arts Ed, Italia Conti, Mountview, Royal College of Music, Salisbury Playhouse and Chichester University.
Has worked with a wide demographic of professional singers, including those with West End and professional operatic backgrounds. Lorraine has taught across a range of musical styles, including jazz, musical theatre, opera and pop.
Has professional speech and language therapeutic experience, sectors in which she is active in Wiltshire, providing support and advice for a local hospital’s Speech & Language department.
Experienced performer including Musical Theatre roles as leading lady – Calamity Jane (Calamity Jane), Dorothy (The Wizard of Oz), Eliza Doolittle (My Fair Lady), Julie Jordan (Carousel), and Maria (West Side Story).
She has been in demand as a recitalist and Soprano Soloist for Oratorio works across England and has won noted national singing competitions.
Lorraine has performed professionally in Australia, Belgium, France, Germany and the United Kingdom.
Qualified as an Estill Master Trainer in May 2020 and welcomes enquiries from professional performers and voice users, together with undergraduates looking to embark on a professional career in performing arts and other voice areas.
Contemporary Musical Theatre, Legit, Classical or Contemporary Commercial Music – Lorraine can offer an ‘outside ear’ with 1:1 coaching.
Experienced Choral MD – runs 2 ladies community choirs and also MD for Corsham & Colerne Military Wives Choir. 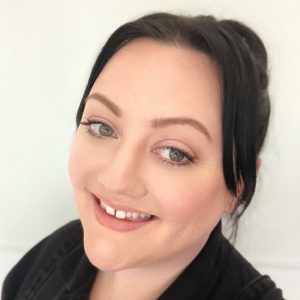 SJ holds an undergraduate degree in music, supported by a foundation year and Diploma in Musical Theatre, a working knowledge of the Estill Voice Model and several years of professional performance.

SJ is a big believer in incorporating games into learning, making lessons fun and full of energy. With more than 10 years teaching experience under her belt, SJ has a 100% pass rate for students taking ABRSM, LAMDA and Trinity exams.

When it comes to performing, SJ has a varied background with venues ranging from the Royal Albert Hall to the Minnack Theatre in Cornwall and the more local Theatre Royal Bath.

Most recently, before lockdown, SJ enjoyed a memorable evening singing in Ashton Gate with Take That and Lulu before heading to Germany for a 3-day tour.

SJ also works as a musical director for several local groups and is currently working on composing her first musical. 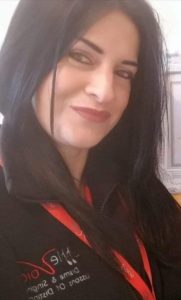 Helena became a professional actress aged 12years old, when she was picked from thousands of children who auditioned for just one of 25 places in the ITV studios junior workshops. Between the ages of 12-18yrs, she worked in numerous television and radio productions through the ITV workshops and gained her Equity card at the age of 13. Helena then spent a year’s study course in Theatre Studies, and then went on to study Acting at the famous Anna Scher Acting School in London for a further 3 years. Her favourite roles in her career so far include the ‘baddie’ Estelle Hitchings in the BBC 1 Court Room Drama ‘The Bench’ and also the female boxer Rhona Patterson in BBC 1 Drama ‘Casualty’.

Helena became the Acting Tutor for Little Voices Bridgend before taking on the role of Centre Manager in September 2018. She has previously managed to get her pupils the distinction grade of 100/100 for the LAMDA exams!! Yes, 100/100!!!! During the pandemic Helena continued her work with Little Voices by running on line lessons for the Bridgend franchise until September 2021 when sadly the Bridgend venue due to the pandemic closed its doors.

Helena now teaches drama online with both one to one and group classes. Helena writes scripts professionally for Acting classes and Exams for a number of performing arts schools in London and Wales. In March 2022 Helena was asked to join the NW Wiltshire and Central Bath franchise of Little Voices as an Acting tutor. And she jumped at the opportunity to return to little voices, describing it “as coming home”. Helena teaches on our 1/2 term and holidays activities.

Fun facts about Helena – She is the youngest of 4 siblings. Her favourite colour is green. Her favourite day of the year is Halloween and she’s a Sagittarian!