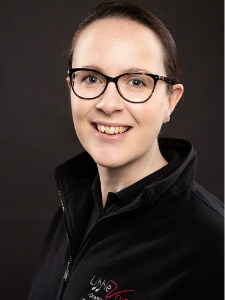 ‘Frozen’ fever was in the air, and my little girl used to sing ‘Let it Go!’ every waking hour of the day! A good friend had told me about this amazing company called Little Voices that they thought would be right up my daughter’s street.

As luck would have it, they were running a Frozen-themed theatre week – I signed her up, and when I watched the show at the end of the week, couldn’t believe how much every single child shone!

It was clear that in the space of just 4 days, fabulous friendships had been formed, and all the children absolutely loved performing with one another.

After a free trial session for weekly Little Voices lessons, we signed my daughter up as a fully-fledged member – and we quite literally have never looked back!

Being a trained mezzo soprano (if a little rusty), I decided to explore singing lessons for myself to help me with a bit of ‘fine tuning’.

It was then that I met the lovely Jane, founder and MD of Little Voices Limited. I went along to my first lesson with her – and loved it!

I took on board everything she said in each lesson, and every week I came back stronger and more at ease with what my voice could and couldn’t do. My bad habits soon disappeared, and I had my confidence back!

It was during one of these lessons that Jane asked whether I’d like to join the Little Voices network as a franchisee. We chatted, and I couldn’t think about anything else. However, after months of deliberation, and with a heavy heart, I sadly declined. But that wasn’t the end.

Never one to give up, Jane then asked if I’d consider becoming a vocal tutor for her centre in Clitheroe.  And while I was initially shocked, because I’d never taught up until that point, I thought “why not?”

My first night of teaching – and with 3 lessons ahead of me, to say I was a tad nervous would be an understatement.

However, it was the most fabulous night, with a bunch of amazing children. I was fully-supported by both Jane and the local franchisee, Claudia. And I consider myself lucky to now have both of them as friends, rather than just work colleagues.

The rest of 2016 was a bit of a whirlwind: I was now teaching every week, preparing children for their exams, writing my first set of reports, and helping Claudia on one of her theatre weeks.

In what seemed like the blink of an eye, I’d gone from watching in the audience to being a part of the Little Voices team, teaching the children and helping them put on a fabulous show. It was only then that I started to understand the phenomenal amount of work that goes into just one theatre week.

Even though I was working full-time, as well as teaching one night a week for Little Voices, I still couldn’t get the franchise offer out of my head.

So I took the bull by the horns – I called Jane to ask if the territory was still available (it was). I visited Head Office, had more discussions, and asked even more questions – and this time, I decided to just go for it!

After an intensive week of franchise training alongside another new franchisee, my head was completely spinning. But I was raring to go!

Several training courses later, and I was all set for my first event: ‘Sparkle and Shine’, a Christmas play in a day. The event ran smoothly, the kids performed with confidence – and that’s when I knew for sure that I’d made the right decision.

My first night in full charge as the principal of my own Little Voices centre, and if I said I was nervous, I’d be lying – I was absolutely petrified!

But 3.30pm arrived, the children waltzed into the hall, the lesson went like a dream, and I could finally breathe. I’d done it!

Well, I still have my full-time job outside of Little Voices.  My pupil numbers have grown organically and via word-of-mouth, and many pupils who joined in 2018 are still with us today.

I now have two Little Voices venues, and alongside weekly classes, have also run various workshops and theatre weeks over the years.

I have a SEN partnership with a local school, where we deliver weekly lessons during the day. I managed to survive the coronavirus pandemic by taking our weekly lessons online, with guest tutors, including West End star, Jodie Steele!

I’ve been honoured to sponsor a number of local business awards, and have donated prizes to several local fundraising committees.

In February 2021, I won an award for Innovation and Achievement at the annual Little Voices franchise conference.

Despite the various lockdown restrictions, we’ve managed to have several exam days and we continue to have a 100% pass rate. In fact, in July 2021, every one of our Little Voices pupils who took an exam passed with distinction – how amazing is that?

During 2020, when I knew we wouldn’t be able to put on any showcases, I made a promise to the kids that we’d do one just as soon as we could. This finally happened in December 2021, held in a local theatre, and it really was the most magical night that I don’t think any of us will ever forget.

Would I do it all again?

I’ve made the most wonderful friends on my journey from parent to principal.

I care deeply about each and every child who walks through the Little Voices door, and I’ll always do my very best to give them the most inspirational lessons in singing and drama!

Rachel’s a wonderful Little Voices franchisee, and her story is similar to that of others in our network who started out as parents looking for singing and drama classes for their children – and fell in love with what we do so much that they decided they wanted to join our family!

If this sounds like you, and you’d like to find out more about running your own Little Voices franchise, please click here or get in touch.