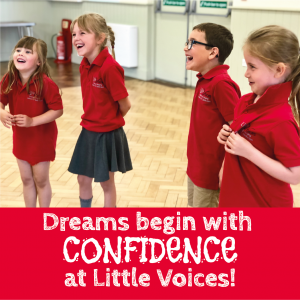 Judi Dench is one of our all-time favourite actresses at Little Voices and yet you would probably never guess that she lives with “constant fear”, we certainly would never have thought that about her.

However, she has spoken about the constant “fear” she lives with as an actor, claiming that being a performer gets more frightening with every job.

Speaking about her career with director Richard Eyre at an event to celebrate Mountview Academy of Theatre Arts’ 70th birthday at the Hospital Club, Dench revealed she is “very critical” of her own performances, and said that she has a “fear of everything”.

She said this fear related to her concerns that she may not be good enough for a role she had been asked to do, and admitted she worried about forgetting her lines on stage.

“I have a fear of that unbelievable silence you get in a theatre when you dry. The fear that an audience sees that thing in your eyes and thinks, ‘Oh, she’s gone’. It’s a shattering silence,” she said, adding: “I have a fear of everything – of not fitting into that slot, of not fulfilling that piece you are asked to do. I get more frightened [the more I do]. The more you do, the more frightening it is anyway as you are much more aware.”

Dench also said she worried about what her next job would be and whether she was “going to be asked again”.

This certainly helps to read about how one of our idols feels about their career and the fear that stirs up inside of her.

So it helps us as performers to expect the fear and to deal with it as ‘the norm’, embrace it when it comes whether that is just before a stage performance at theatre week or before a LAMDA exam. Learn to work with the fear feelings rather than against them with a good breathing technique and a calm approach to preparation.

As the saying goes “Fail to prepare and you prepare to fail!”

I am sure that Dame Judi always makes sure that she is prepared.